I wasn’t planning on writing a recap of the year, but after reading several other “Year In Review” blog posts I decided it would be a good idea to reflect back on the past years achievements and failures at PuppyInTraining.com.

I actually got off to a slow start in 2012 and didn’t really have much of a plan until I came across the second annual Pet Blogger Challenge.  If you haven’t heard of the Pet Blogger Challenge then go check out Amy’s post with instructions at the GoPetFriendly Blog.  It’s a great way to help you reflect and focus on your pet blogging goals for the new year.

So here’s our recap for the year! 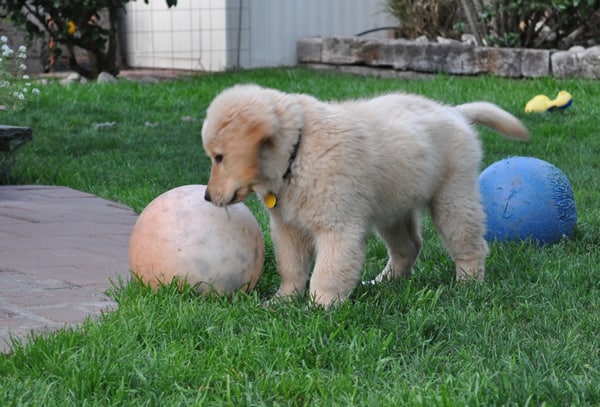 Apache A Golden Retriever. Now training to be a service dog in the CST Prison Pup Program

It all started on my birthday about 1 month before the new year.  After all this is a blog that chronicles my journey raising guide dog puppies.  Apache came to the house on December 5th, 2011 and his training would make up the backbone of my blog posts for the first half and part of the second half of 2012.

I can’t mention my journey as a guide dog puppy raiser without letting you know that Dublin, my third guide dog puppy graduated in April 2012 and is now a working guide dog!  Check out Dublin’s entire video series Puppy In Training TV to see his journey from coming home as a 7 week old puppy, a visit to Disneyland, graduation, and many other adventures.

A Year About Building Relationships

Since I started blogging back in 2007 I’ve pretty much stayed within the confines of my blog.  I lurked and read a lot of other pet blogs, forums, and articles, but I rarely left a comment.  In 2012 I decided to branch out, become more active and meet some of the pet blogging community.  I joined the discussion and started commenting more on blogs and forums which led to the PetSmart/BlogPaws Build A Business Blog Contest.

We won!  Along with Snoopy’s Dog Blog!  I learned a lot about content marketing, social media, and SEO from the gurus at PetSmart.  Perhaps more important was getting the chance to work with Annette (Snoopy’s mum).  Talking to Annette and bouncing ideas off of her was one of my best experiences in 2012.  She definitely helped me become more involved in the pet blogging community.

One thing Annette told me she did was that she responded to every comment she received on her blog.  This sounded like a great way to not only acknowledge those who visit your blog, but also a way to continue the discussion.  Responding back to even the simplest of comments makes a blog seem like a warmer more comfortable place and hopefully encourage people to comment in the future.

I left the nest in 2012, hopped on a plane, and participated in 3 pet blogging conferences!

A Shift In My Pet Blogging

After speaking with Annette from Snoopy’s Dog Blog I decided to give the Blog Hops a try.  Throughout most of 2012 I’ve been an active participant in the Wordless Wednesday Blog Hop and the Monday Mischief Blog Hop.

What Do You Do For Technical Difficulties?

I’m pretty techie, but these tech glitches in 2012 drive me nuts!  2011 was more of a challenge as I outgrew BlueHost shared hosting and had to move to a HostGator Virtual Private Server (VPS), but I ran into a number of issues in 2012.

Seriously how do you handle tech problems? 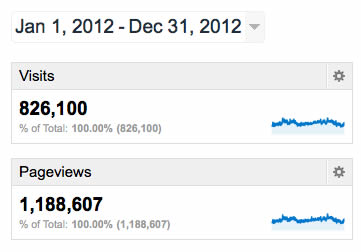 If you want to take a look at my past years stats then go back to my Pet Blogger Challenge 2012 Post.  It’s good to see my traffic increased by about 32% from last year.  I nearly averaged 100K Pageviews a month!  I guess 99K will have to do (it’s okay Wayne Gretzky #99 was one of my favorite hockey players).

That’s a quick look back at some of the happenings here on the Puppy In Training Blog.  Lots of great things happened in 2012 and I’m sure 2013 will be even better.

How did things go for you in 2012?  What was the number 1 goal you accomplished last year?  Tell us about it in the comment section below!