Apache here reporting on my Guide Dog Adventures over the past week.  Guess what?  Remember a few weeks ago we met up with my mentor, Dublin at Downtown Disney.  Well this week we went back to Downtown Disney with our Orange County Guide Dogs of  America group to grab a bite to eat and visit some of the stores.

There were a few major differences this time at Downtown Disney:

So enough jabber! Lets get to some of those pictures:

We were a extremely late because of some major summer traffic.  Bad Daddy for not planning for traffic!  Yep, that’s me…I’m always smiling for the camera! 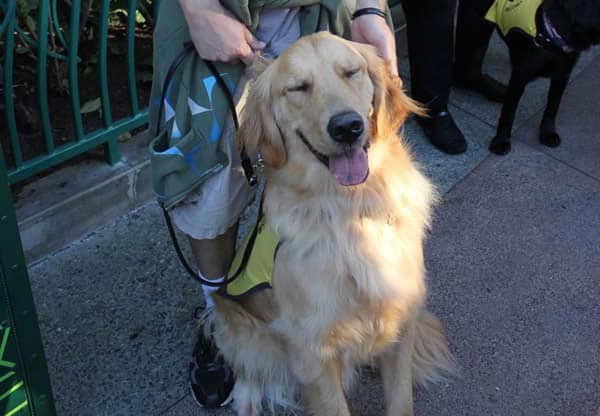 Wait a second…who’s that impostor!  He looks like me, but where’s his treat spot? 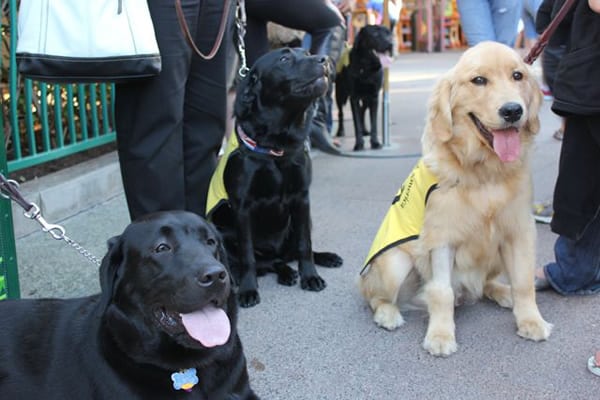 We grabbed dinner at the La Brea Bakery lots of humans and doggies!  After grabbing dinner we walked the streets of Downtown Disney and made a stop at the Build-A-Bear store.  That’s Me (Apache), Massimo, Koa, Cici, and Tucker is the one acting silly. 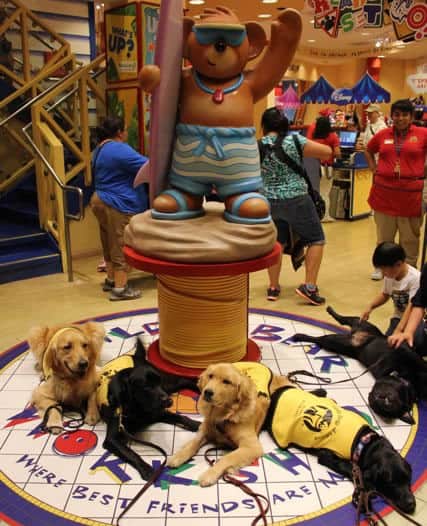 That’s the gang hanging at Build A Bear!

It was getting late when I heard these loud booming sounds!  I didn’t know what was going on and I’m not sure I really liked it either.  I looked around, but I couldn’t tell where the noises were coming from.  Dad told me to “sit” then “down” then “stay” and then he repeated the exercise.  I felt like I was back at my obedience training class.  Dad said I was a good boy for following his directions and took me for a little walk so we could work on our loose leash heeling. 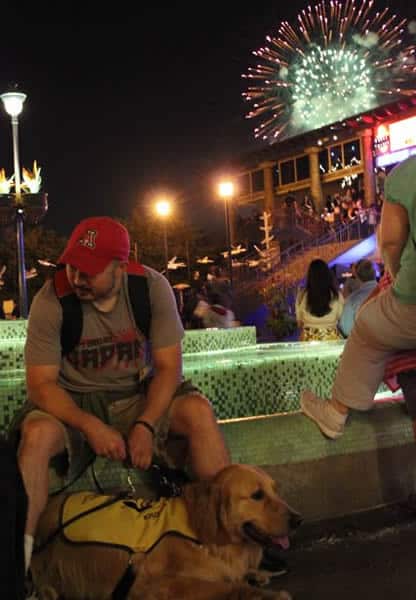 I can hear them, but I can’t see them…well no wonder why I’m looking the wrong direction!

I’m not sure I like the 4th of July and I didn’t like those fireworks too much, but Dad said I did okay considering how loud it was and with all the distractions of Downtown Disney.  He said Dublin didn’t even notice the fireworks when he visited Downtown Disney.  How could he not notice!  They’re so loud!  I guess Dublin isn’t as sensitive as me.