Happy Election Day! With all the hoopla surrounding the election today I decided to get a political post up on the puppy in training site and try and find out who my dogs would vote for.

I’m not a very political person and while I do keep my ears open to the election, candidates, and coming propositions for the most part I try not to get into those heated political debates. However, my dogs on the other hand may argue otherwise. After doing a little online research I came across some striking differences between Senator Obama, Senataor McCain, and their pet ownership. 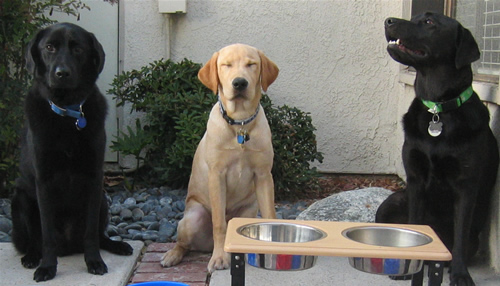 Senator Barrack Obama Has No Dogs Or Any Pets

After researching with Google I found out that the Obama’s don’t have any pets! This could be disastrous for the candidate if they were trying to pull the pet lover vote (looks like they obviously are not). However, possibly to try and sway the dog/pet lover vote Obama win-or-lose has promised his two daughters a dog after the election.

Following the report the AKC launched a poll to choose a breed of dog for the Obama’s. From the AKC website:

The Poodle clinched the nomination after the breed battled it out with the Soft Coated Wheaten Terrier in a race almost as tight as Clinton and Obama’s run for the Democratic nomination for president. The Poodle won by a (dog) hair, with just a few hundred votes separating the top two contenders.

Might I suggest adopting any breed of dog mixed or pure-bred from one of the many impacted shelters across the nation as we talked about in Tough Times For Cat And Dog Adoptions.

After reading about McCain’s stable of 24 pets I’d have to say that he’s on the complete opposite side of the spectrum compared to Senator Obama’s pet ownership policy. A report from the Times Online website:

He (McCain) has four dogs, including Lucy and Desi, named after the black-and-white television sitcom I Love Lucy, which rather dates the 71-year-old candidate. He also has a cat, a parakeet and a shoal of fish, including one called Lucky, and once owned a ferret and an iguana named Henry, who turned out to be Henrietta and laid an egg.

Okay, now we may be going a little over board with 24 pets. Being the dog lover that I am I dug a little deeper to find out exactly what breeds of dogs live in the McCain household. From WikiAnswers:

Linus, Stetson, and Derby’s Choice For President Is…

My dogs liked this bit from the Times Online on the importance of a dog in the White House: 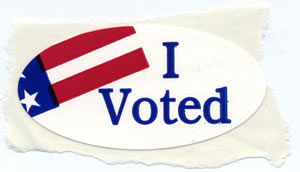 A dog is an essential tool of government. There is nothing like a furry friend to feature in a distracting publicity photo during a domestic or international crisis and to provide private consolation when times are hard.

As my dogs pointed out to me their choice for President was clear. John McCain is the pet lovers choice in this election. While the number of pets a candidate has seems like a very insignificant and silly way to choose a candidate…if you’re on the fence on which candidate is the correct choice then this may be the one reason that pushes your vote in one direction or the other.

What do you think? Did you vote today?