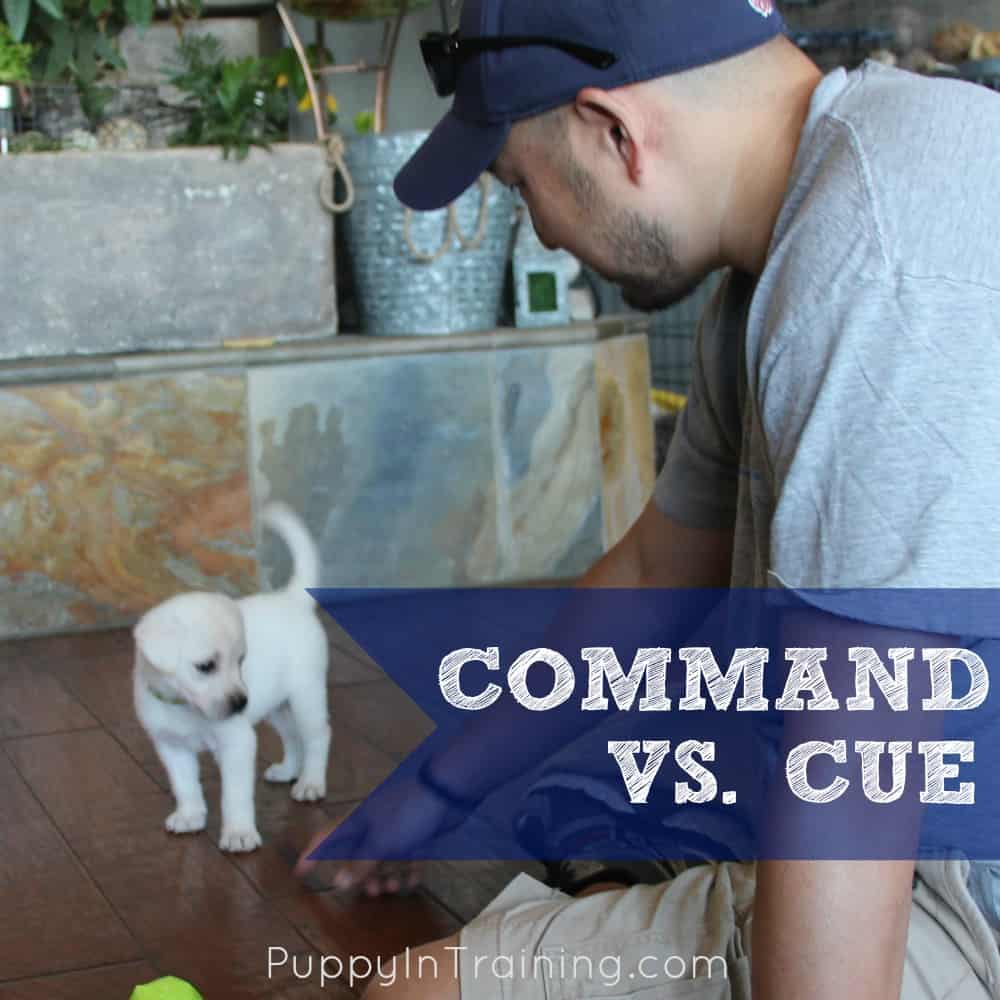 I’ve never studied linguistics, but I’ve noticed there are some subtleties in words and language that I need to pay attention to in personal life, business, and of course in the puppy training world.  This became very apparent when I first learned the difference between a command vs cue.  At first glance the two words seem very similar, but in fact they are very different.

When I first heard the word cue replace the word command at puppy training class I wasn’t sure what to make of it.  I’ve been working in the technical training industry for nearly 20 years and I’ve seen the industry choose new terms to replace existing terminology.  Back in the late 90’s I was told that the industry thought the term trainer had a negative connotation as if we were training dogs (oh goodness the horror…sarcasm) not people.  I slowly noticed a new set of words were rolled out:

So, was the term cue basically the same thing as a command and just the dog training industry moving on to new terminology?

What is a Command?

Command verb – as defined in dictionary.com

What is a Cue?

Cue noun – as defined in dictionary.com

As you can see the two words are very different.  Lets take a look at a definition from the Karen Pryor Clicker Training website:

“…A command implies a threat: “Do it or I will make you.” A command is given before the behavior is learned, and it can be enforced if the dog does not comply. For example, a trainer may teach “sit” by pushing down on the dog’s rump while saying sit, repeating the word and action over and over until the dog figures out that the word sit goes with the action of sitting, and that sitting fast enough will prevent the rump pushing. In the early stages of this kind of training, the dog associates the command “sit” with all kinds of stimuli and with actions that have nothing to do with the dog sitting on its own…”

And a little further down:

…”A cue is completely different from a command. There is no threat implied with a cue. A cue is like a green light that tells the dog that now is the time to execute a behavior for the chance of reinforcement…”

How Are We Training Archer?

Now that we know the difference between a command and a cue what are we teaching Archer?  Do we give him commands or cues?

I had a remedial background in clicker training after attending service dog training classes with Tender Loving Canine Assistance Dogs (TLCAD), reading Karen Pryor’s Don’t Shoot The Dog, and other clicker training publications, but I had very little practical training.  Yes, I had worked with some of the service dogs at TLCAD and yes, I had worked at home with my personal dogs: Stetson, Linus, and Raven.  However, I wanted more guidance and that’s where Wags and Wiggles Training For Life (TFL) program came into play.

“…Our goal is for every human and dog to achieve the best relationship possible. We strongly believe in giving the human and dog end of the leash positive feedback during learning. We use a combination of food, praise, toys, real life rewards and clicker training.

…Old training methods focused solely on stopping bad behavior through the use of force. Wags & Wiggles focuses on positive reinforcement of good behavior. We have a program for every dog no matter the breed, size, age or problem!”

Back to the questions at hand: How are we training Archer?  Are we giving him commands or cues?

We train Archer by giving him cues not commands.  Clicker training is a different type of training then some of the aversive methods we learned as Guide Dogs of America (GDA) puppy raisers.  I’m not going to say it’s better or worse it’s just different.  I may be tooting a different horn this time next year, but for now I’m a clicker training noob and need to immerse myself in the clicker training world before coming to meaningful conclusions about which methods might be best for my puppies.

As always I preach patience, persistence, and consistency no matter how you decide to train your puppy.

How about you guys?  Command vs Cue…which do you use with your puppy?  Tell us all about how you train your puppy in the comment section below. 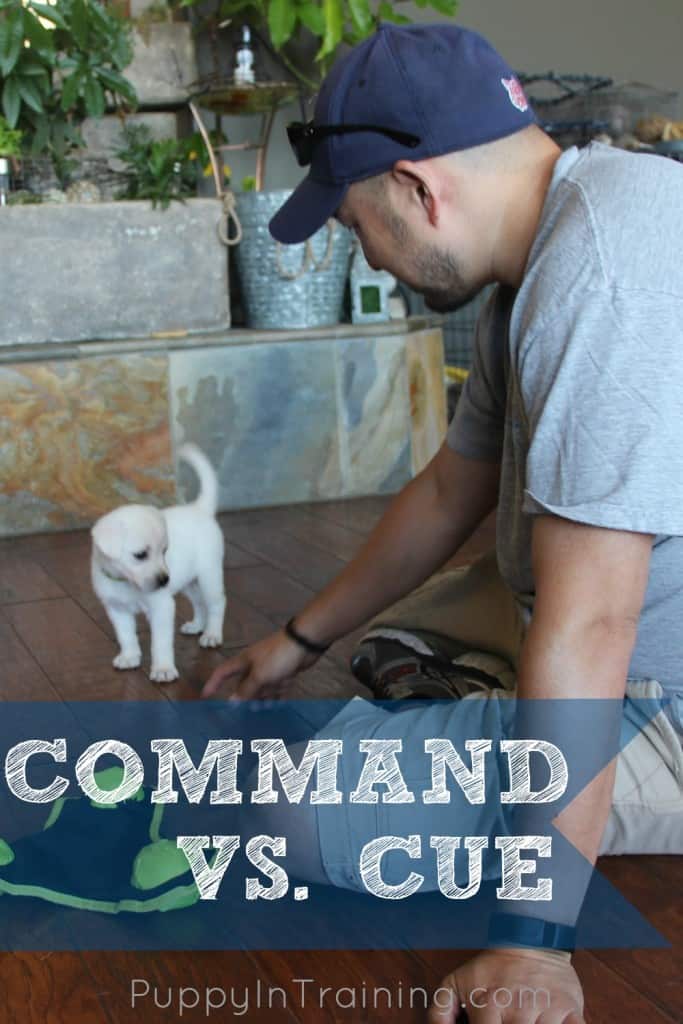