Tomorrow, April 4th, 2008 the Oprah Winfrey Show is doing a segment on Puppy Mills. What I’ve heard is that the show will feature special correspondent Lisa Ling investigating puppy mills.

Oprah’s dedicating this show to her late dog Sophie a Cocker Spaniel.

The show must expose some of the horrible things going on at puppy mills as Winfrey has said that “I will never, ever adopt another pet now without going to a shelter to do it. I am a changed woman after seeing this show.” 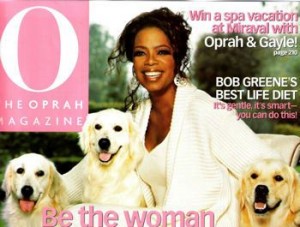 “Sophie gave me 13 years of unconditional love. She was a true love in my life,” Winfrey says on the broadcast scheduled to air Friday. (Advance remarks from the show were released Tuesday by Harpo Productions.)

Winfrey says the show is “for anybody anywhere who loves a dog, has ever loved a dog, or just cares about their basic right to humane treatment.”

While Sophie was not a product of a puppy mill, and Winfrey’s three current dogs were adopted from breeders, Winfrey says in the future she would look to adopt from an animal shelter. 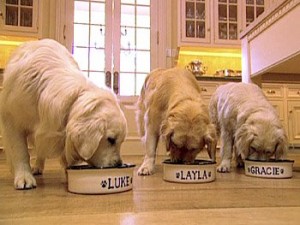 “I would never, ever adopt another pet now without going to a shelter to do it. I am a changed woman after seeing this show,” she says.

As far as I know this show will air on KABC channel 7 at 3pm and 12:35am in the Los Angeles area. To check the start time in your area go to this link: Local Listing The Oprah Show.

Here’s a link to a preview of this episode: Preview: Lisa Ling Investigates The Hidden World Of Puppy Mills.

If you’re like me and you have to work at 3 in the afternoon make sure you set your DVR’s to record this show.