A couple days ago both my dogs started coughing and gagging.  Oh boy…now I had heard of kennel cough, but now I was asking the question: What To Do If Your Dog Has Kennel Cough?

I assumed my two dogs had kennel cough and luckily already had a vet appointment set up for Stetson’s ear (he developed an ear infection a few days earlier). I did a little online research to try and find out what symptoms were involved when your dog has kennel cough. A dry cough with unproductive gagging…that sound about like what my dogs were doing. It actually sounds very similar to what my dog’s would do when they pull to hard on their leash/collar. They usually cough a couple times then make that gagging sound. 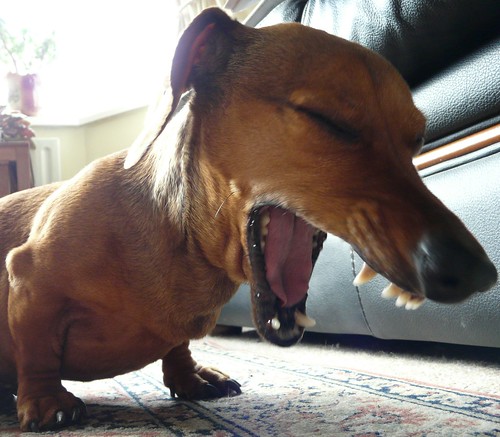 Where did my dog’s get kennel cough from? Well, I narrowed it down to a couple different places. First, I heard that the incubation period for kennel cough is usually about 8-10 days. Stetson was at the kennel a little less than two weeks prior to his symptoms. That’s a little longer than the expected incubation period, but I assumed well within the realm of possibility. Stetson has also come nose to nose with two dogs in our neighborhood within the last 8-10 days. He also has puppy class once a week where he meets with the same 5 or 6 dogs for training. Finally, my dog’s have interacted with five other dogs, three of which they had never met before.

What To Do If Your Dog Has Kennel Cough?

Right now Stetson is taking antibiotics for kennel cough and Linus is not. I’ve read and heard from friends that kennel cough will usually just go away on it’s own without the aid of antibiotics. It’s very similar to the flu in humans. The vaccination for kennel cough is bordetella vaccine which Stetson was on and obviously did not help him. I guess, the vaccine is also similar to the flu vaccine where it defends against the common viruses/bacteria, but not all forms of the virus/bacteria. However, it’s important to make sure the symptoms don’t become worse or it’s probably a good idea to see your vet. Stetson and Linus both act like nothing’s wrong with them and just play around like usual with an occasional cough or gag. I’m going to leave Linus off the antibiotics for now and monitor his health very closely. If he seems to regress at all I will definitely make a trip to the vets office.

I’ll let you know how things go with both my dogs…Antibiotics vs. No-Antibiotics.  Have you and your dogs experienced kennel cough?  What did you do to help relieve your dogs symptoms?

Disclaimer: I’m not an expert in any of the above information. This is only from my experience and things I’ve read and heard…please don’t take my information as fact and do your own due diligence. If you have any questions please contact veterinary experts. Thank you.