I guess we’re like the U.S. presidential election or maybe the Olympics here on the Puppy In Training blog.  The good news is this year we’re going to have more than one best of Halloween dog costumes post.  We’ve expanded our Halloween dog Costume post to include a “Best of”, “Cutest“, and “Star Wars”.  Believe me all of the images you’ll see in the coming days are worthy of top 10 best dog Halloween costume nominations.

We love sharing these wonderful images with everyone.  I did my best to find the original source to link back, but it’s difficult to tell where these originally came from.  If any of the images belongs to you please let me know and I will reference your site and link back to you or if you prefer I can remove the image entirely. 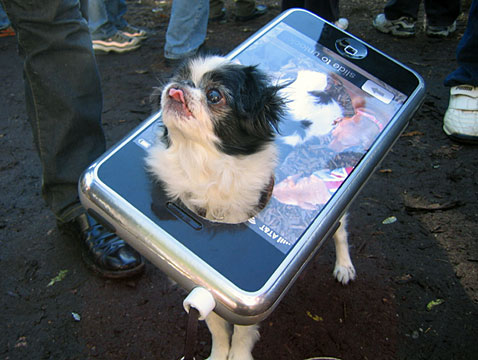 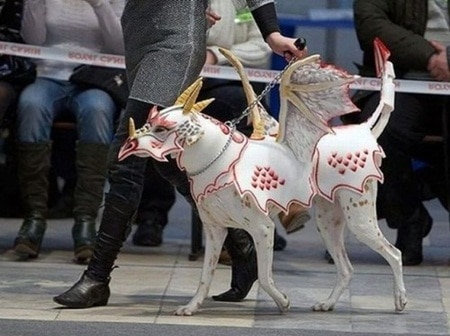 This costume is just plain cool. It really looks like it could be some kind of fantasy armor from a Dungeons and Dragons game or possibly it’s the dragon Smaug from the upcoming movie The Hobbit (aff link).  Either way it’s cool!  If I was only a little bit younger back when I was into the fantasy role playing stuff this probably would have risen higher on the list. 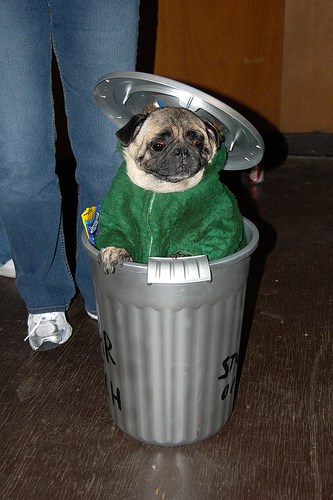 I saw this awesome dog costume years ago and bookmarked it for some kind of future use.  That future use is today!  I think if I was a teenager the Dragon dog costume would have appealed to my role playing fantasy days, but if I were a toddler…maybe about 5 years old then Sesame Street and Oscar the Grouch dog costume might be number 1! 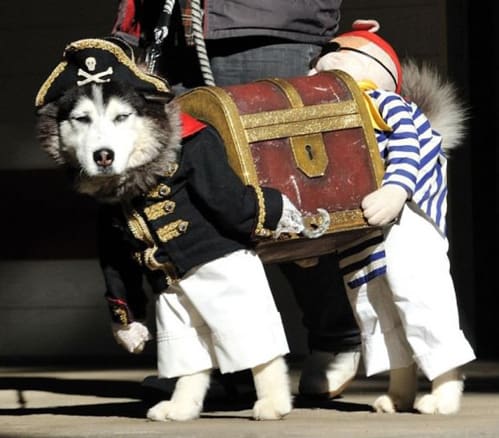 This one reminds me of Apache’s pal Alchemy.  I love this costume and someday if I can become a little more crafty I might make a similar outfit for one of my dogs.  All we need is a little yo-ho-ho and a bottle of rum and maybe a little bit of Johnny Depp and Captain Jack Sparrow from Pirates of the Caribbean!

#4 – Gifts For The Little Pups 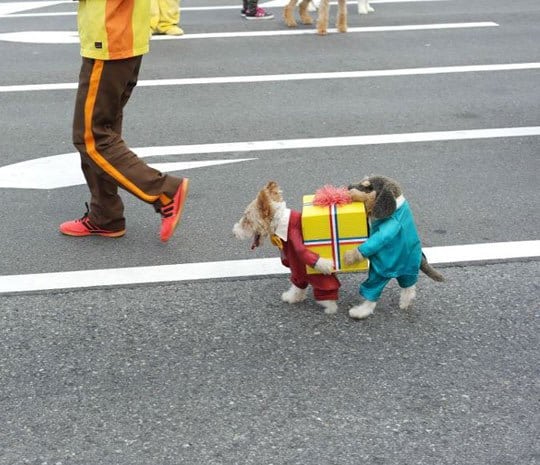 I know what you’re saying…this is just like the Husky dog costume.  I agree, but I loved them both!  This one had a little added cuteness factor.  Maybe it’s the size of the dog or the angle of the picture.  Anyhow, could you find a cuter dog Halloween costume?  Maybe if you threw a puppy into the mix! 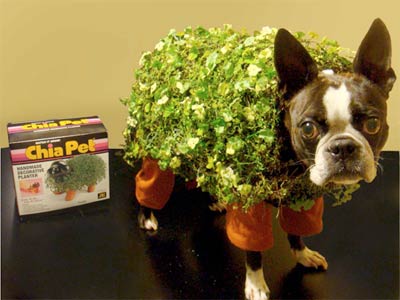 Are Chia Pets still around?  I saw several of these costumes on the internet, but chose this one because you have the dog costume version right next to Chia Pet box.  If only this pup were standing next to an actual Chia Pet 🙂 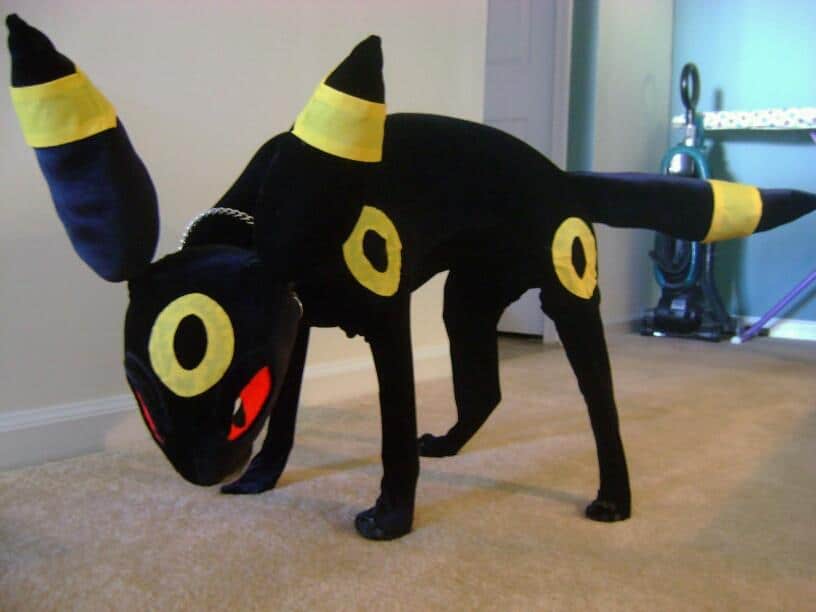 If you’re a Pokemon fan then you probably know who this guy is, if not then you might think this is a giant, black, dotted rabbit with crazy red eyes.  Either way we thought it was a cool dog costume.  Some people are way too creative!  Just in case you didn’t know this is Umbreon. 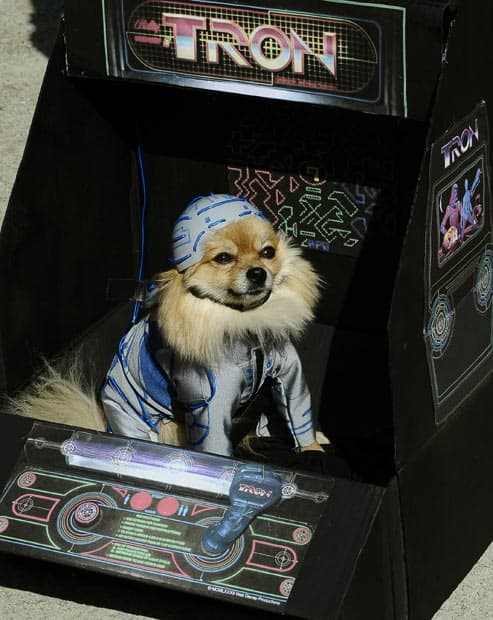 Lets turn the clocks back to 1982!  Probably because I’m a product of the 80’s, but I thought this was the coolest dog costume ever!  I loved the video game Tron and I loved the movie.  I tried and failed years ago to make my own (human) costume of Tron.

That’s my 8 favorite dog Halloween costumes.  It’s funny, but it’s almost like a timeline of my life.

That’s not it folks!  We came across so many dog Halloween costumes this year we broke it down into several categories.  Today was our best of list.  Tomorrow we’ll share the cutest dog costumes and the following day you’ll see our favorite Star Wars dog costumes.  Stay tuned…

What about you?  Have you seen better dog Halloween costumes across the internet?  If so, please tell us about it in the comment section below.

Are you yearning to see more dog costumes.  Check out our cutest dog Halloween costumes post by clicking the image below.