What Is A Crate?

A crate is a wire or molded plastic kennel that simulates a nest or den environment. A crate can become a puppy’s safe place, not to mention a house saver. When properly used, the crate becomes a security blanket, a place where the puppy can retreat to escape the household confusion and to feel secure. Never use the crate as a form of punishment! The dog crate should offer a positive, secure environment, a calming zone. 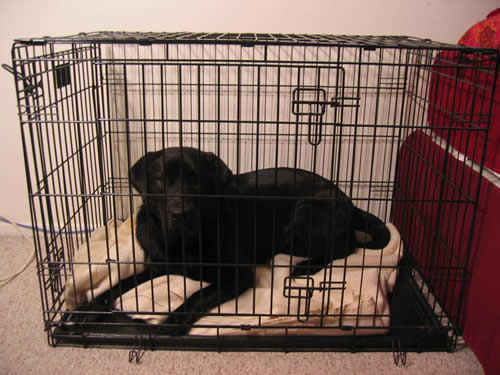 The crate can be effective in house-training. Confined to a crate, an unattended puppy cannot destroy or soil anything. Do not crate the puppy during the day for more than 3 hours (this is recommended when the puppy is very young…as he gets older he will be able to tolerate more time in his crate during the day).

I’ve used both types of crates and believe that both work very well for crate training. I prefer the wire crates vs. the molded plastic mainly for a few reasons.

. This is a very versatile crate and has worked crate for both Stetson and Linus.

How to Crate Train Your Puppy

Start crate training your puppy on its first night.

Do not hesitate to periodically use the crate, even while you are home. You may feed the puppy in his crate and give him some favorite toys, to keep the experience positive.

My Recommendations Through Experiences With My Dogs

A few other points I learned with my own dogs.

One final hint that I learned when Stetson was staying with a puppy sitter. Be sure not to collapse your wire crate and lay it flat on the ground. Stetson’s crate was flat on the ground when he heard someone at the front door. He ran to greet them and tried to run over the top of the collapsed wire crate. Unfortunately, one of Stetson’s claws got caught in the crate and tore part of the quick in his paw. It wasn’t too bad, but we still took Stetson to the vet to clean up his paw. Below is a picture of Linus and Stetson with his injured paw after his crate accident. 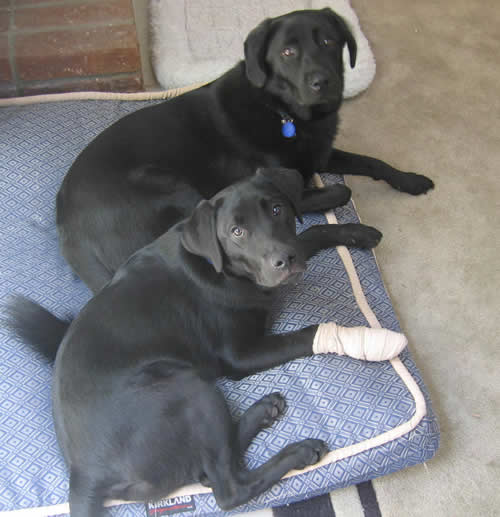 Have you crate trained your dog? Have you had any problems with crate training? Let me know your thoughts in the comments area.