Check out the above video! It encapsulates two of my passions in life: 1. Service Dogs 2. Hockey.

Arizona Coyotes, Max Domi has taken the NHL by storm leading all rookies with 8 goals in his first 16 games thats a 41 goal pace folks, which if he can continue at that rate would put him in the upper tier of NHL goal scorers (last season only 3 players scored over 41 goals). If you’re a hockey fan and the name Domi sounds familiar it might be because Max’s father is famed Toronto Maple Leaf, Tie Domi.

Besides his goal scoring exploits Max Domi is different from other NHL rookies in two significant ways:

Domi was diagnosed with type 1 diabetes when he was 12 years old and the first question he asked was “Can I still play hockey?” The doctor said “Of course.” However, Domi’s lifestyle is a little different and among other things he has to check his blood 15 to 20 times a day. 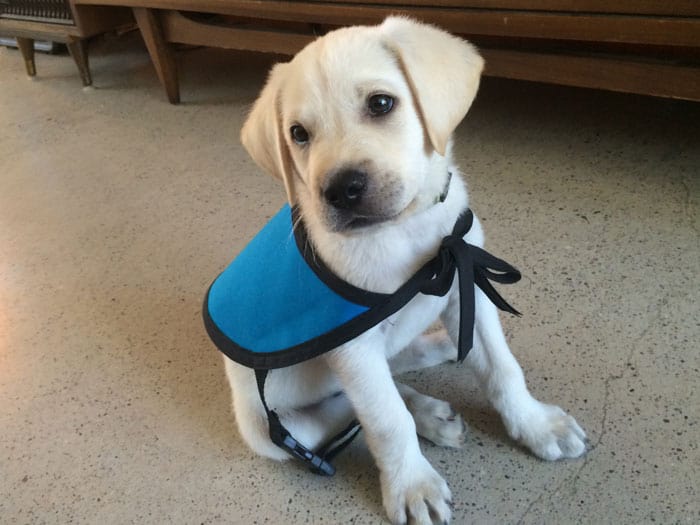 Archer: I’d like to be a diabetic alert dog when I grow up

From the above video:

Diabetic Alert Dog, Orion’s job starts after games through the night. After games late at night Domi can run into problems with blood sugar dipping down. If Orion detects Domi’s blood sugar dropping he will jump on him or paw his face.

“He (Orion) made me a better person and a better hockey player.”