It’s been years since I adopted my first dog and thought about the question: What Things Should I Consider Before Getting A Dog? Adopting a dog is a huge decision and something you should not take lightly.

My girlfriend took me shopping several years ago…not for any old gift, but she planned on getting me a puppy as a birthday gift.  I was very hesitant at first, but we spent a wonderful day visiting several breeders and playing with puppies.  However, I did not make my final decision on whether a puppy would be right for me until over a month later.

I bought several books which not only outlined puppy training, but also the things you should consider before taking home that adorable puppy.

Here are a few things I considered before bringing a new puppy into my household: 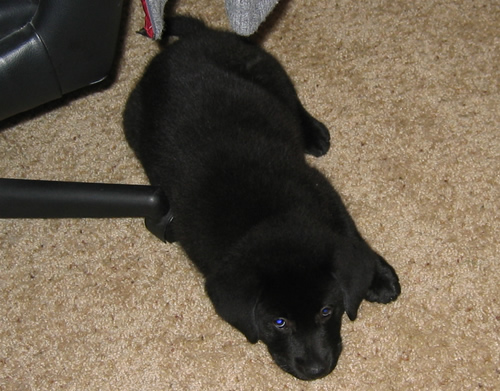 What Things Should I Consider Before Getting A Dog?

Those are just a few things I considered before getting a dog.  There are many other important things you might want to take into consideration as everyone is at a different place in their life and in a different situation.

The biggest thing I can say is get out there and educate yourself!  Read a good book like the Puppies For Dummies (affiliate link) book, do some online research (if you found this article then you’ve probably already started this process), talk to your friends, talk to dog trainers and veterinarians, make sure you do your due diligence before you make that final plunge and adopt a puppy.

What do you think?  What things should I consider before getting a dog?