The Puppy In Training Timeline is a series of articles chronicling my life with dogs and puppies.  Basically it’s the long version of my “About Me” page and helps to show the influences in my life that led to where I am today with my dogs and my writings on the Puppy In Training website.

Since I was a young boy I’d always had a love for animals especially dogs and cats.  Growing up I can’t remember a time when we didn’t have a dog, cat, hamster, guinea pig, bird, lizard, etc.  I feel like I would have been most comfortable growing up on a farm.  My life and love for animals began years before I was born.

I’d be remiss to start my story without taking a little bit of time to talk about my parents and their experiences with puppies and dogs before I was born.  Well, their life as I know it that is…

My parents were married in 1969 and it’s my understanding that before they had children they had dogs.  Maybe it was an experiment to see how a family of dogs would be before a family with children or perhaps just a love for animals, but in their early years as a couple my parents had two mutts named Bonnie and Clyde. 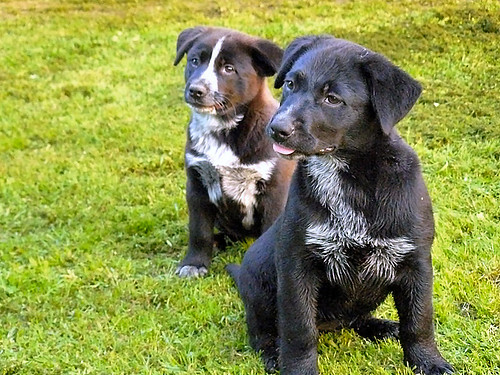 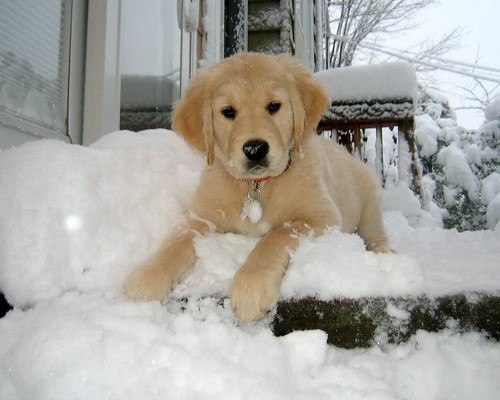 I was born two years after my brother on December 5th 1972.  I suppose I was lucky considering all the practice my parents had first raising two dogs, then a litter of puppies, and finally my older brother.  I guess the challenge of two infants wasn’t enough for my parents because 10 months after I was born they brought home a Golden Retriever puppy named Kiko.

We had Kiko, a purebred Golden Retriever for the next 10 years and he was an amazing family dog.  Kiko was a very tolerant dog and was definitely a dog good with children.

Three years after Kiko came to our family  my sister Miko was born and everyone thought she looked like a monkey (just kidding…only Justin thought that).

In 1979 we moved from Culver City to Fountain Valley.  Looking back it amazes me how much trouble it must have been to move our family.  At the time I was 6 years old, my brother was 8 years old, my sister was 2 years old, and Kiko was 5 years old.  I’m guessing that even back then Kiko was no problem at all for my parents while us three bratty kids were probably their biggest concern during the move.

Kiko was a great family dog and enjoyed being around our family and even put up with us little kids pulling at his fur and trying to ride him like a horse.  He was a great retriever and loved to chase a tennis ball around the yard.  I have fond memories of him running to grab a ball off of our swimming pool cover, I’m sure much to the dismay of my parents.  If you’re looking for a wonderful family dog that is good with children I’d highly recommend Kiko’s breed – the Golden Retriever.

Remember the scene in Marley and Me when Marley passes away?  Do you remember your first pet?  Thinking back to the day I heard that Kiko had to be put to sleep because he had an inoperable brain tumor was one of the saddest days of my early life.  I guess having pets is a way for parents to teach children about death, something that we all inevitably have to face throughout our lives.  It’s a difficult lesson to learn, but one that we all experienced way back in 1983. 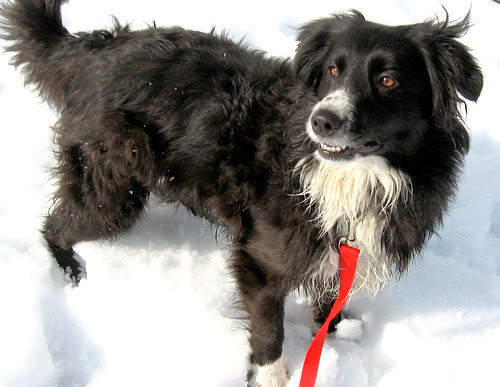 We still had cats, lizards, hamsters in and around the house, but for two years we didn’t have a dog.  After much begging and pleading from my sister Miko and I our Dad took us on a trip to the local shelter and we saw the smartest black dog in the entire world…and he even had a name already…Maffy!  He new all of his commands from sit to down to stay to shake hands.  He looked like a cross between a Labrador Retriever and a Border Collie.  Miko and I wanted him so bad, but unfortunately someone else had already claimed him for adoption and were due to pick him up later in the week.

Several days had passed and my father decided to stop by the shelter on his way home from work just to see if Maffy had been picked up yet.  Apparently, no one came to pick him up and he was scheduled to be euthanized in a couple days.  My dad quickly filled out the paperwork and got him in the car for his first ride to see his new family.

Before making a stop at home my dad took Maffy to the local park to give him a chance to stretch his legs and run around a bit.  He let Maffy off leash and he ran like a gazelle…straight into the lake!

It turns out that Maffy was very much the water dog as he learned to play with us in the swimming pool on a daily basis in the summers and even when we weren’t playing in the pool Maffy would jump in and play on his own.

Maffy was a special dog and loved to run.  In fact one of our first outings at our local school he chased his tennis ball and sideswiped me to the ground then continued to do the same to my dad and my sister.  On occasion our gardener would leave the side gate sligthly open.  Maffy, being the smart dog would nudge the gate open and run from our house to the school park to play with the kids on the playground.  If ever we noticed Maffy was missing we always new where to find him…on the school playground.

I headed off to college in 1991 and Maffy stayed home with my sister and parents.  He was two years old when we picked him up from the shelter in 1985.  By the time I left for college he was 8 years old and considered a senior dog.  However, he still acted like a puppy!

Maffy lived an amazing life and was with our family from 1985 to 2002 and passed away a couple days after my 30th birthday.  Maffy had severe arthritis and even suffered what was possibly a stroke or canine vestibular disease.  In the end, in his mind Maffy wanted to stay with us, but his body could no longer support him.  He could barely stand or walk and my parents new it was time to put him to sleep.