The Puppy In Training Timeline is a series of articles chronicling my life with dogs and puppies.  Basically it’s the long version of my “About Me” page and helps to show the influences in my life that led to where I am today with my dogs, puppies, and my writings on the Puppy In Training website.


A time without dogs.  In 1997 I left Tucson, Arizona and headed back home to Orange County leaving behind the two little puppies, Stinky and Pepper.  Maffy, our family dog was in his senior, senior years.  If you recall Maffy passed in 2002.  After a short stay with my parents I moved out to an apartment of my own.  Over the next 7 years I drudged away in corporate America and had little time to take care of a dog.  It was during this time that I was dog-less, but I still had dogs in my life…as a Dog Sitter!

I dog sat many different breeds including a Border Collie mix, Great Pyrenees, Mini Doberman Pinscher, Dachshund mix, Maltese, Miniature Poodles, German Shepherd, and Various Mutts (not too sure of the breed).  Here are a few of the dogs that help influence my decision to get my first dog. 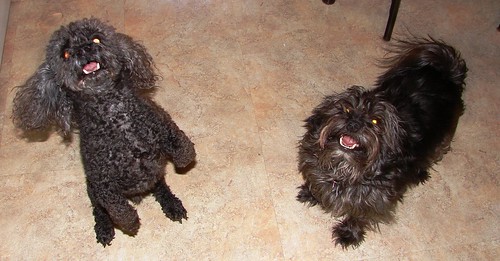 Way back in 1997 I started working in corporate America and shortly after starting that job the CEO of our company got a Miniature Poodle named Quincy.  Back then I didn’t know too much about puppy mills and getting puppies from pet stores and neither did my boss.  Quincy came from a local pet store, but regardless of possibly coming from a puppy mill and having to live at the pet store for a short time he was and is an absolutely wonderful dog.  I’ve watched, house sat, dog sat, picked him up from the veterinarian, and dog walked him over the past 13 years.  He has a great little personality, he’s very easy going, and is very easy to take care.  Also, did I mention that he does not shed?

Every once in a while Quincy comes into the office and greets all the employees.  After watching and taking care of Quincy I new I wanted to get a dog of my own someday.  One other thing I like about Quincy is he doesn’t have that funny Poodle haircut. 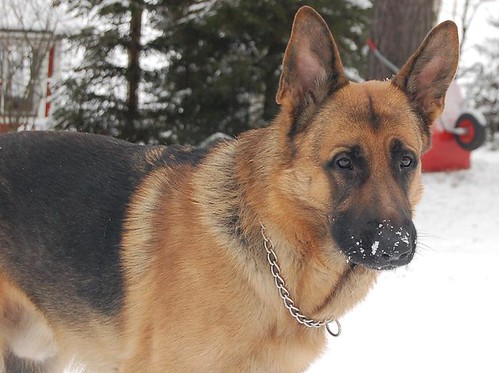 Emfur was my brother’s ex-girlfriends dog. A purebred German Shepherd, he looked exactly like the K9 police dogs you see on television or working on the street.  He looked intimidating, had a deep bark, and weighed in at over 100 pounds.  I remember when he’d stay at our house my friends were sometimes scared to come in the door.  Emfur loved to bark at people at the front door and scared the poop out of people until they got into the house.  Once you were in the house he became your best friend.  The problem was no one wanted to come in the house after hearing Emfur’s roar.

Emfur was a very well-behaved dog in the house, but probably an even better watch/guard dog.  He was usually easy to walk around the neighborhood except for one time when I remember he nearly pulled my arm out of it’s socket.  However, most other times on his walk he’d do funny things like lay down on the ground when he saw some of our small neighborhood dogs.

I watched him several times at my condo and he had a fairly severe case of separation anxiety.  He didn’t bark or chew things, but when my brother’s ex would leave the house Emfur would sit at the front door for hours on end waiting for her to come home.  He was definitely a very faithful one person dog.

I’m sad to say that I heard Emfur passed away a couple years ago.  I’m sure Emfur is doing well playing with his friends at the Rainbow Bridge. 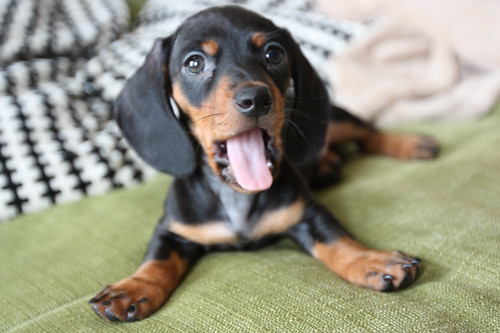 In 2004 one of my best friends and his wife  lost their senior rescue dog, Barley to old age.  A few months later they adopted another rescue dog.  This time they got a puppy that was shaped a lot like a Dachshund, but may also have been mixed with a German Shepherd.  I was lucky enough to be a big part of Kona’s life.  In her early life I puppy sat Kona nearly every time my friends left town.

Kona was a great puppy and I believe I was a big part in her upbringing.  I remember working with her on car rides.  She used to hate the car, but today she jumps right in when it’s time for a car ride.

Helping raise Kona was one of the big reasons I decided to rescue my first rescue puppy, Linus. 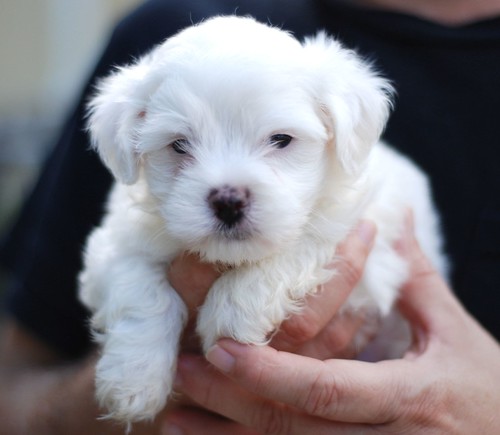 Not long before I picked up Linus from the Carson Shelter I met one of my co-workers dogs named Sam.  Although Sam had a little bit of separation anxiety he was a great dog and came to the office once in a while.  I never formally watched Sam, but during his visits to the office I would keep in eye on him now and then.

2004 was a monumental year for me.  It was at this time that I decided to take a sabbatical from work.  It wasn’t just a break from work, but a chance to change my career.  I wanted to learn more about web development/design and internet marketing.  It was during this time away from work that I would have a chance to get a puppy of my own.

Check out Part 4 of the Puppy In Training Timeline.


Top Picks For Our Puppies

This post may contain affiliate links. We may earn money or products from the companies mentioned in this post.We’ve already reviewed Disc 1 and Disc…

This post may contain affiliate links. We may earn money or products from the companies mentioned in this post.I told everyone that I recently got…

This post may contain affiliate links. We may earn money or products from the companies mentioned in this post.Are you looking for dogs for adoption…

This post may contain affiliate links. We may earn money or products from the companies mentioned in this post.Are you looking for a dog for…

This post may contain affiliate links. We may earn money or products from the companies mentioned in this post.It’s almost New Years here in California…

This post may contain affiliate links. We may earn money or products from the companies mentioned in this post.Can a litter of puppies have more…