The Puppy In Training Timeline is a series of articles chronicling my life with dogs and puppies.  Basically it’s the long version of my “About Me” page and helps to show the influences in my life that led to where I am today with my dogs, puppies, and my writings on the Puppy In Training website.

In 1991 I graduated from high school and started my adventures in college at the University of Arizona.  Arizona was a big change from my home back in Orange County – no beaches, desert weather (often exceeding 110 degrees), monsoons, and the freedom to do as I pleased.  Even though I had the freedom to do as I wanted I still didn’t want to take on the responsibility of a dog.  The extent of my personal pets in college were gold fish and an ant farm.

On the other hand several of my friends did have dogs and that was enough for me during this time in my life. 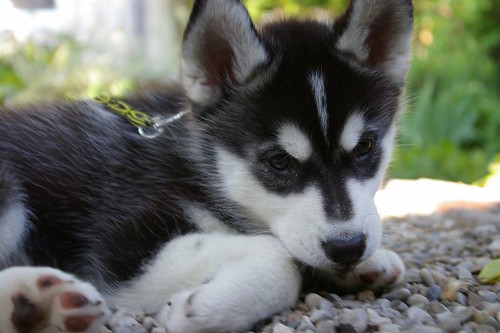 Near the end of my second year of college my girlfriend had the opportunity to adopt a Siberian Husky mix puppy from her manager at one of our favorite campus restaurants, Kippy’s. Unfortunately Kippy’s and most of the other mom and pop restaurants near the University of Arizona campus have been taken over by the corporate giants.  Excited to have a dog of her own my GF jumped at the opportunity to adopt a little puppy that she named Denali.

Denali was an adorable little puppy and one of my first memories was him peeing on the carpet in my apartment.  Unfortunately, after only a couple of days playing with little Denali I headed back to Orange County for summer break.  By the  time I got back to school Denali was nearly full grown and already house trained.  He was a great dog and on occasion I helped out with his upbringing.  I last heard that Denali moved back to California with my ex-girlfriend and her son.  I’m not sure if he’s still with us, but if he is he’d be the ripe old age of 17! 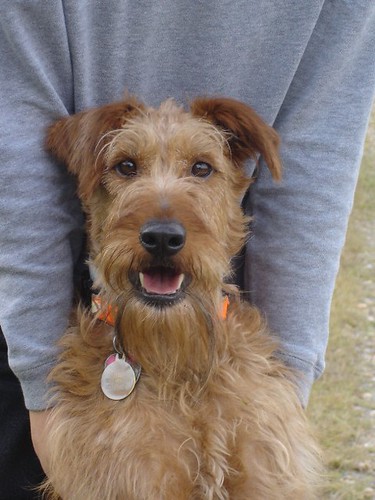 My third year of college we moved into the Bean Street House along with a wiry haired mutt named Gus.  Gus was a very shy, timid dog much like Linus only multiply by 100.  He did have one guilty pleasure and that was chasing cats.

My first memory of Gus was returning from summer vacation in the summer of 1993.  I knew we were going to have a new shaggy haired roomate, but when I got to the house I couldn’t find a soul around.  I started moving a few of my things into the house and after about an hour I decided I should look for this so called dog named Gus.  After searching every room  I heard a scratching sound in one of the bedroom closets.  Low and behold in the back of the closet was Gus shaking from fear.  I guess he wasn’t much of a guard dog.

Gus was an older dog probably somewhere between four and six years old, well-behaved, and house trained.  My role with him was strictly as part time caretaker in the Bean Street House.

Gus lived in the house for the next couple years and at the end of school year in 1995 he moved back to Denver for the remainder of his life. 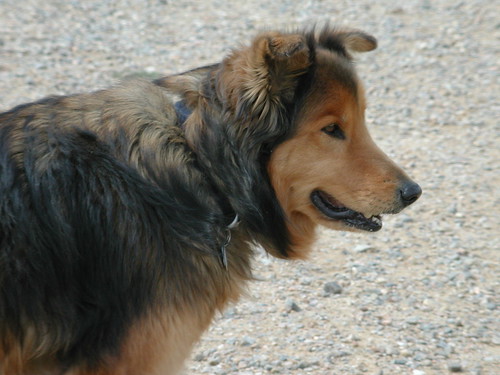 That’s an actual picture of Daly!

Daly belonged to our neighbor and was probably about 6 months old when she entered our life.  A bundle of joy and energy our neighbors could no longer keep her and she was destine for the local shelter.  One of my roomates stepped forward and saved her from a possible terrible fate.

Still very much a puppy, but the size of a dog, Daly was full of joy and I think she drove old Gus nuts…she certainly drove her other roomates nuts.  Unfortunately, with puppyhood came chewing and destruction….the couches turned into white foam scattered around the house.  Our roomate Jeremy’s favorite hat became Daly’s favorite chew toy.

As I look back now Daly probably needed a little more exercise and attention during those early years which would have most likely curbed her destructive behavior.  Lucky for me I moved out of the house only weeks after Daly became a permanent fixture.  I did spend many a day backpacking, hiking, and mountain biking with her.

If Daly is still with us she is approximately 15 years old and I’m sure much calmer then those early days in college. 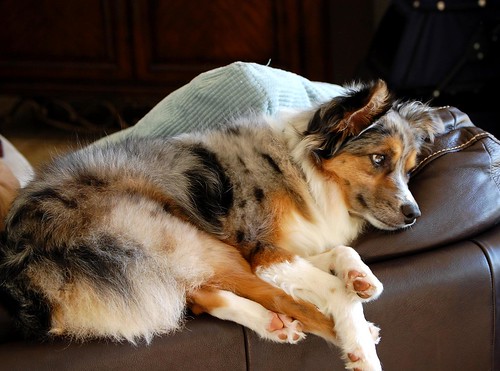 Shortly after graduating college I got a job, not a real job of course, but working part time as a skate guard at the local ice rink. The pay wasn’t good…I think I made minimum wage, but I got to play ice hockey for free. Along with the new job I moved to a new upscale house! Actually it was my friends house and was shared between three roomates. Once again dogs would enter my life.

My roomate Ryan and his girlfriend ended up getting a little Doberman mix puppy named Stinky.  Now you might think Stinky was a cruel name, but she had terrible gas and the name suited her.  Not long after the arrival of Stinky came another little puppy an Australian Shepherd mix named Pepper.

Stinky came from the pet store (hopefully not the puppy mill, but I’ll never really know).  Pepper was a stray and picked up off the street.  Both dogs were great, but not house trained and never really got the hang of it during my time with them.

As a part time worker I was home almost all the time and really the only caretaker of Stinky and Pepper.  I worked on their training.  Not very well since I didn’t know much.  I groomed and bathed them, made sure they had daily walks, and played with them in the backyard.  In essence these two little girls were my dogs.  I was not much of a dog trainer, but they loved me and they were great companions.

In the summer of 1997 I headed back to Orange County and had to leave Stinky and Pepper behind.  I seriously thought about asking if I could take them with me, but even though I took care of them they weren’t my dogs.  Unfortunately, I later found out that because of a lack of time they were given to another family.  If I was still around I would have taken them in an instant!

Today, if these two little girls are still around they would be about 13 years old.


Top Picks For Our Puppies

This post may contain affiliate links. We may earn money or products from the companies mentioned in this post.Neary 8 years ago I adopted my…

This post may contain affiliate links. We may earn money or products from the companies mentioned in this post.When adopting a rescue dog, the first…

This post may contain affiliate links. We may earn money or products from the companies mentioned in this post.It’s a tough economy out there and…

This post may contain affiliate links. We may earn money or products from the companies mentioned in this post.Here we go again with Kitty vs…

This post may contain affiliate links. We may earn money or products from the companies mentioned in this post.You may have noticed that we have…

This post may contain affiliate links. We may earn money or products from the companies mentioned in this post.If you are considering puppy adoption, I…